Is the Marketing Pendulum Swinging Back Towards Traditional Advertising?

Starting about 6 years ago, the media plans our agency was developing for clients became even more heavily weighted with digital solutions (especially social media advertising). I’m sure this doesn’t surprise anyone, and I think it’s safe to say we’re not the only ones. After many years of it being projected to occur in the “near future,” it was inevitably reported by several sources in 2018 that digital ad spending had finally surpassed that of traditional. In fact, we often joke at iFuel that “Traditional” has become a bad word that you’d be shunned by a client for even mentioning.

But then again, why wouldn’t digital ad spending overtake that of traditional for most brands? For starters, one of the largest contributing traditional channels for decades was print advertising, and that’s all but dead at this point. My apologies for the harsh reality check to the old school gentlemen I see reading the newspaper every morning on the train. It’s hard to imagine that newspaper that’s engulfing the lucky passengers next to them is being replaced by a device the size of a playing card. (end rant) Getting back on track, the point is the loss/reallocation of print media spending sways the numbers pretty substantially.

And then there’s the unrivaled benefits of digital. Since there’s not a single traditional advertising channel that can compete with the hyper-specific targeting options that we have in our arsenal for digital advertising, that money now gets logically allocated online. And we’re not just referring to Facebook advertising, which at this point you’ve heard enough about (and the associated privacy concerns). Not only are we leveraging behavioral targeting instead of demographic targeting, we’re layering in ALL sorts of 3rd party data to zero in on our target. Current location data, past location, topics of interest, previous purchases, job titles, and the list goes on and on. Try handpicking your audience at that level for broadcast! Well, you don’t have to because there’s behavioral targeting on video & radio streaming platforms now. All these benefits of digital marketing and we haven’t mentioned attribution or search marketing yet. So why in the world are we even talking about traditional advertising?

Are You Really Making an Impression?

So we can hone in on who we think our target is with military like precision, freak them out with predictive ads that convince them they’re phone is eavesdropping on them (you know you’ve thought it before), and show them an advertisement on the device and at the time we think they’re most likely to take the desired action. So cool. But do they see it? I mean really see it. When done well, yes, the majority of the time they do. But impressions are not necessarily impressive. While there’s some great high impact ad formats available that contradict this, the most budget friendly are far from what I would characterize as a “grand” brand experience, and many that are harder to ignore are frankly annoying as hell. It begs the question, what does ad format say about your brand? I believe good creative can counterbalance a lot of this concern, but let’s be real, there’s only so much storytelling you can do in a mobile-sized banner ad.

Get to the Point Already

None of this is to insinuate that digital channels such as programmatic advertising don’t work. We KNOW they do because we have the almighty tracking pixel. And all those fancy attribution models that us marketers love to reference. So why, at the height of digital marketing, are we now seeing signs of traditional advertising making a comeback? The answer: Now that everyone has gone digital, it’s actually traditional channels like out-of-home advertising that are STANDOUT. While we all might fall into certain line items on a marketing plan, we are in fact real people, so naturally this type of thing varies from person-to-person. While everyone is currently obsessed with millennials, brands better start preparing for Gen Z, who research shows is even more likely to prefer to traditional advertising over digital. Did I mention they’re also far more likely to use ad blocking software? The nerve! This is why even the most successful digital companies in the world are investing in OOH. For example, Netflix was seeing such success with billboards that that they acquired 32 billboards from Regency Outdoor for a reported $150M. Walk around NYC, and you’ll see impossible-to-ignore bus wraps and billboards for leading tech companies like Apple, Tinder, and Jet.com.

We’ve been in this advertising game for a long time. When we started, our media plans were all traditional because, well, ok now we’re just dating ourselves. So much of the media planning and buying we’re doing today is in fact digital, but we haven’t abandoned traditional. It’s called a “media mix” for a reason. There are real benefits to combing new age media with the tried and true old school formats that were pivotal in building some of the most iconic brands in the world over the years. Many view these formats as a blanket approach, and not very targeted. They’re more targeted than most people think, but there’s no debate if you’re comparing them to the digital formats we mentioned earlier. However, this is where the synergies can really accelerate campaign results and simultaneously help brand building. Our current capabilities allow us to run a billboard in a targeted location, and setup a geofence around it to later show ads online to those people who walked by it, providing increased frequency at a very cost-effective price. Neat, right? Think of it as retargeting with a whole new dimension added to it.

Consider this same premise with events. Event marketing and other brand experiences are incredibly effective for lots of reasons, not the least of which is the long-lasting emotional impact that it leaves on consumers. You would be correct in pointing out that the reach is limited since you can only have so many people at a given event, however consider how inviting an Instagram influencer or two to your event will reach hundreds of thousands (if not millions) via their posts. The best of both worlds.

When it comes to TV, there’s the whole second screen phenomenon that’s been a total game changer.

These examples are really the tip of the iceberg, but hopefully it illustrates how the right media mix can be both efficient and impactful. Regardless of whether it’s a brand activation event or transit advertising, there’s plenty more creative opportunities. Bigger canvas, bigger possibilities. You’ll likely have a greater ability to make an impact as well. I’ve personally spent several commutes staring at those posters on the train until their message was burned into my brain.

You know we had to throw in a few examples of our own work to show you firsthand how our NYC-based advertising agency has used OOH and other traditional media buying for our awesome clients: 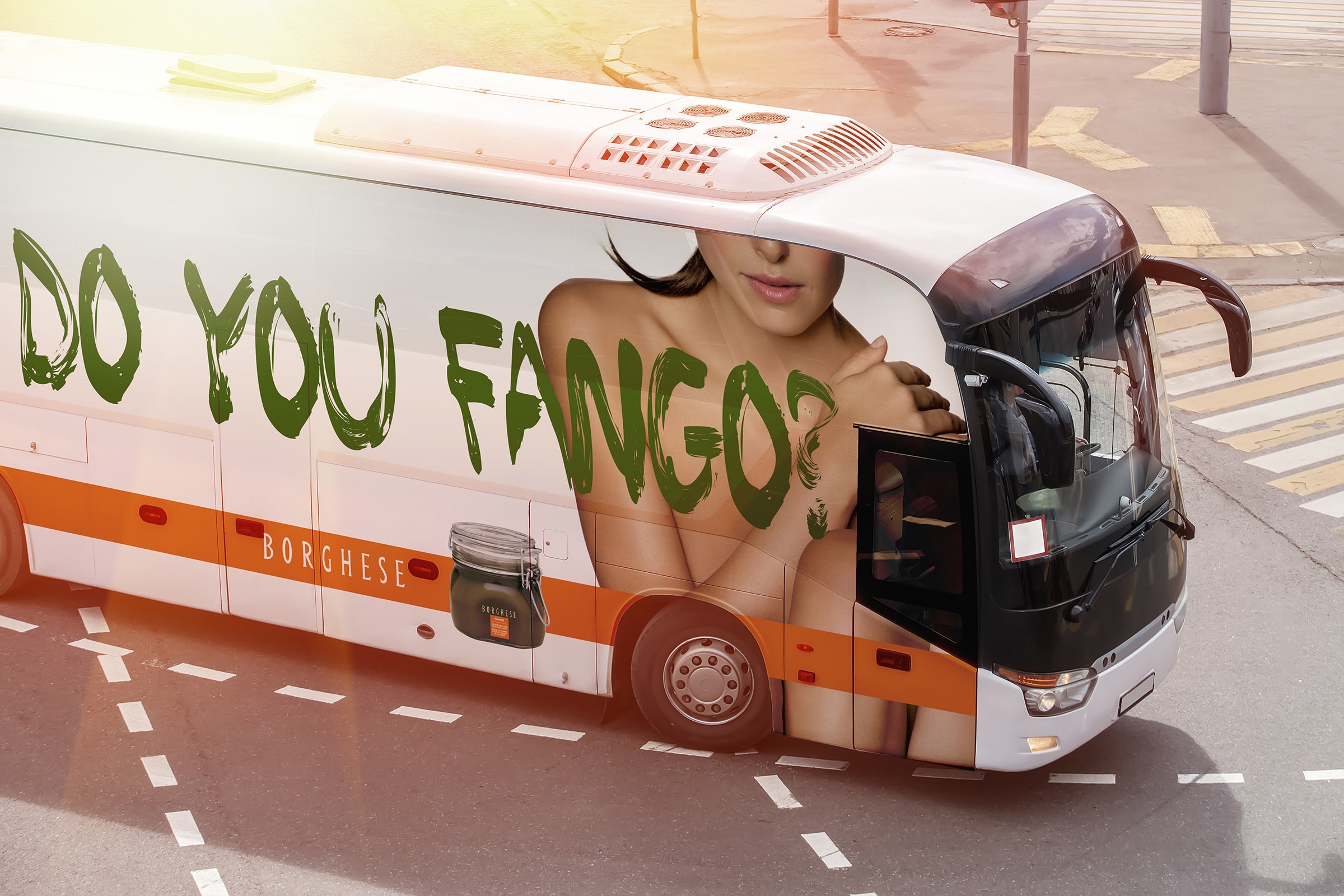 Have you seen any creative uses of traditional advertising lately? Tell us about it in the comments below.

Want to talk about how your brand might benefit from a more diverse media plan? Give us a shout.

We’ve got BIG NEWS. iFuel is joining the @amsiv

We are loving bubbles this summer. Celebrate Natio

Some may say they’re melting during this NYC hea

To the man who revolutionized the visuals of adver

Celebrating our favorite way to hydrate on Nationa